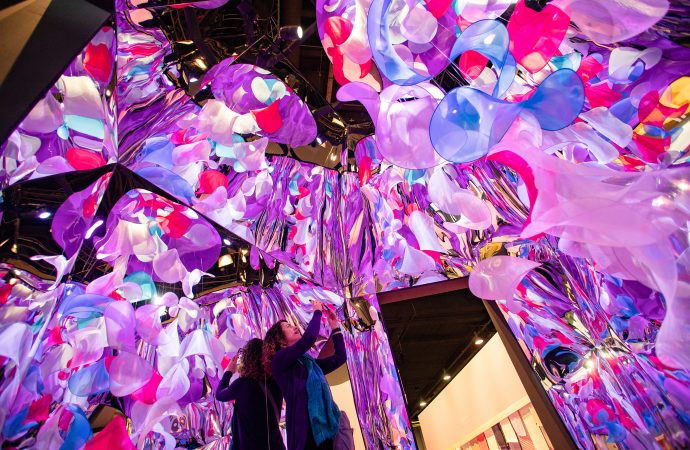 The development in Heimtextil exhibitors over the past few years shows one thing clearly: while the German market is currently going through a challenging period and the number of producers and retailers is declining, Heimtextil in Frankfurt am Main is positioned as a world-leading platform with a strong international appeal. This trend is set to continue at the upcoming trade fair for home and contract textiles (7-10 January 2020).

Exhibitor numbers have increased year on year over the course of the past decade, from 2469 (2010) to 3012 at the most recent edition (2019). This significant growth has come from abroad: 2125 companies from abroad attended Heimtextil in 2010. In January 2019, this number had risen to 2714 and is increasing all the time. There is also a positive upswing in the number of visitors from abroad. “As before, we are seeing growth from other countries in Europe and overseas. International manufacturers rely on Heimtextil as an attractive platform for export business and as a trendsetting launch event where they can present their new season products at the start of the year”, says Olaf Schmidt, Vice President Textiles & Textile Technologies at Messe Frankfurt.

At the upcoming Heimtextil from 7-10 January 2020, the organisers once again expect there to be 3000 exhibitors, including many big players in the industry and global market leaders.