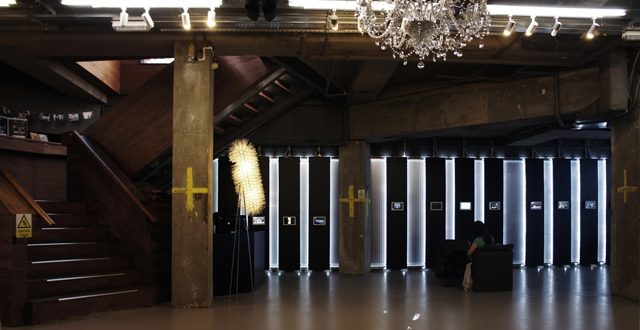 The Surface Design Awards recognise examples of progressive design and the use of innovative surfaces in projects both in the UK and internationally. The Awards mirror the goals of the show by shining a spotlight upon the wealth of creativity and innovation in the industry.

The Awards, organised by Montgomery Exhibitions, were launched this year to mark the 10th anniversary of Surface Design Show, the UK event focused exclusively on interior and exterior surface solutions.

The show’s director, Christopher Newton, commented, “We were delighted with the response we received to the Awards. The first Surface Design Awards are truly international and reflect the creativity and innovation in our industry.” Judge Scott Lawrie, Director, All Design said “The array of submissions was staggering in its depth of interesting surfaces and applications. “

The finalists were chosen by an impressive judging panel comprising; Scott Lawrie, Director at All Design, Heinz Richardson, Director at Jestico + Whiles, Sam Stacey, Head of Innovation at Skanska and David Steeples of Philip Watts Design. The panel was co-chaired by Vanessa Brady, President of the Society of British Interior Design and Felix Mara, Technical Editor of the Architect’s Journal. The Judges were looking for innovation and design quality and after spending a day deliberating on the wide range of projects entered for the Awards. Co-chair Vanessa Brady, President, SBID said “The inaugural Surface Design Show Awards have set an impressive benchmark and will, I hope, stimulate ever more creativity, boundary-pushing, WOW-generating surface design.” The winners will be announced on Thursday 7 February 2013, the last day of Surface Design Show at the Business Design Centre, London.

The shortlisted projects are:

The winner of the supreme award sponsored by Interface will be selected from the impressive list of finalists and will be announced on the 7th February.