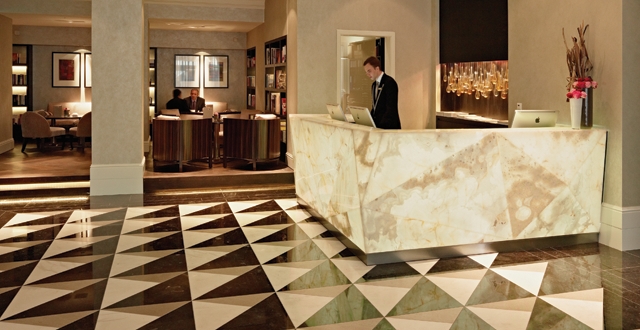 The client’s brief called for the recreation of a hotel that was luxurious yet functional and which would therefore stand the test of time. This entailed extensive internal re-planning in order to achieve more and larger guestrooms as well as to introduce spaces that typify contemporary luxury hotels, such as a spa and cigar lounge. It also involved significant re-planning of the entrance lobby areas to provide an immediate and welcoming retreat from the busy thoroughfare outside and the shops which flank the entrance on both sides.

Hotel Schweizerhof now stands apart from all other leading hotels in Bern with its clearly stated, individual personality. It has been reinvented for the future, within the spirit of its inheritance but not as a replica of the past. By combining design influences from across Western Europe, the international culture of Switzerland is now celebrated and by combining the new with the historic MKV Design has created a hotel that is contemporary, not merely fashionable, which respects its architectural envelope while delighting guests with its 21st Century comforts. The story of Hotel Schweizerhof goes on.

The International Hotel Awards celebrate the highest levels of achievement by companies operating in the hotel sector across all regions and are a world-renowned mark of excellence.