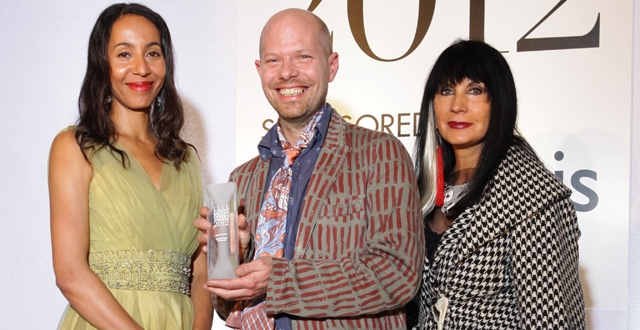 Dedicated to promoting and supporting British design, the ELLE Decoration British Design Awards are an important date in the UK’s design calendar. They showcase the strong mix of style and creativity that exists across the country and also recognise the wider cultural contribution and impact of design on the fields of fashion and art.

“It was a great honour for the Institute and for me personally to be invited to present a BDA this year,” says Sue Timney. “These Awards recognise useful, beautiful and original new work by British designers, and, in doing so, celebrate the rich abundance of talent we have in the country.”

First place in the Awards went to Hopkins Architects for the Olympic Velodrome. Second place was awarded to the Olympic torch by Barber Osgerby with the Western concourse at King’s Cross Station by John McAslan + Partners in third, Tetra Shed by Innovation Imperative taking fourth, Mark Herald for his Harvest Hare wallpaper in fifth and the Crystal Bulb by Lee Broom awarded sixth place.