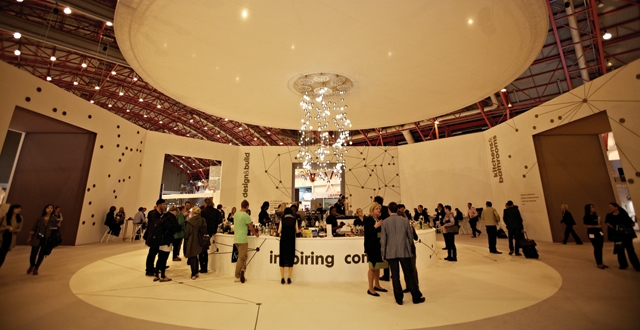 The British Institute of Interior Design has announced its support for three major events in the London Design Festival, which runs from 14th – 22nd September, 100% Design, designjunction and Decorex. Now in its eleventh year, The London Design Festival has firmly established itself as a major event on the international design calendar and a blueprint for other international design festivals. As part of the Festival, the BIID is backing three of the key design destinations for conducting business during the week.

100% Design which takes place from 18-21 September at Earls Court, promotes the best in global design and uncovers emerging brands. An expanded show for 2013 incorporates new features including an International Pavilion section, an interior accessories Marketplace and the Gateway showcase for creative talent.

Critically acclaimed designjunction is set to present its second edition during the Festival. Breaking the mould of the traditional trade show environment, designjunction strikes the balance between creative and commercial and will be at The Old Sorting Office on New Oxford Street from 18-22 September.

Decorex International, the established luxury design show, will be at a new venue this year, taking place from 22-25 September at the Perks Field & the Orangery, Kensington Palace. The show is renowned as the home of innovative new products, inspiring design and superb craftmanship from among 300 exhibitors.

“We are excited to announce the Institute as an event partner across these three exciting design events,” says Sue Timney, BIID President. “The London Design Festival is a hugely important time in the design calendar. These shows are vital for any discerning designer who wishes to keep up-to-date with new ideas, innovation, trends and talent. They also provide a great opportunity to network with other designers, architects, suppliers and manufacturers.”