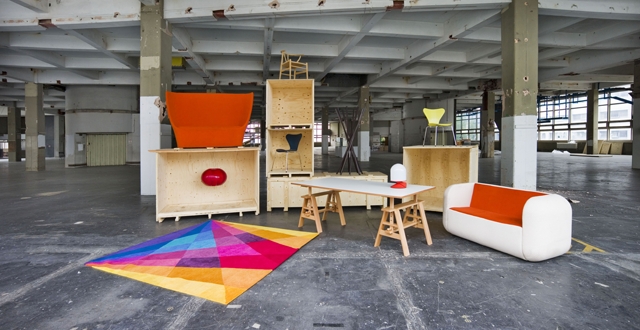 The British Institute of Interior Design will once again be a supporting partner for designjunction’s third flagship show, held at The Old Sorting Office, New Oxford Street, on the 18-22 of September, as part of the London Design Festival 2013. Last year designjunction attracted more than 17,000 visitors, showcasing the best in furniture, lighting and worldwide product design. The show strikes the balance between creative and commercial design, offering a fresh alternative to the traditional trade shows. BIID, in collaboration with RIBA, are set to host an architects and interior designer breakfast event on Thursday 19 September, 8.30am-10.00am.

The BIID will also be taking part in a designjunction debate entitled Creative Luxe on Saturday 21 September at 4pm. Sue Timney, BIID President, will be joined by Rodney Fitch, Charles Leon and David Trubridge in a discussion chaired by Aidan Walker looking at what determines luxury in today’s designs. The panel will touch upon the social and economic implications to creativity, discussing whether this will result in the redefinition of luxury, or its elimination altogether.

designjunction is spread across three floors and 120,000 sq ft of space which will feature more than 150 brands. It is the destination for contemporary design and the most important global meeting point of the Festival. Among the variety of imaginative installations Japanese brand, Tokyobike will be hosting a series of guided bike tours across London, starting and finishing at designjunction. Riders will be shown the best design destinations by a series of experts including Duncan Riches and Max Fraser.