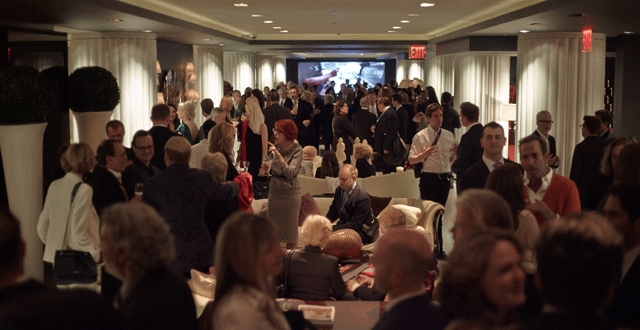 “It’s a dream come true to be opening in New York,” said Christopher Guy Harrison of his latest atelier. The Mademoiselle suite, inspired by the glamorous lifestyle of Coco Chanel, shows off furniture notable for its rare combination of elegance and invention, wit and charm- hinting at the Belle Epoque period of the past, it is now designed for the present- hinting at a sexy deliberate Mademoiselle with a purposeful outlook. The Studio, Bachelor and Couples suites were filled with guests marveling at the unique pieces that will surely be the antiques of our time. “Architectural Digest has had a tremendous relationship with Christopher Guy for many years, and we are so proud to partner on the opening of the company’s amazing New York showroom. We congratulate Christopher and his team on a job well done and look forward to our work together in the future” said Giulio Capua, Vice President and Publisher of Architectural Digest. Defined by the singular design philosophy of “A Contemporary Mood with Classic Values,” Christopher Guy furnishings have garnered worldwide acclaim. Christopher Guy’s listing of accomplished projects includes the Wynn Resorts in Las Vegas and Macau, the Phoenix Resort in Sanya, China and the Ritz Carlton, Tokyo. The furnishings are featured in many films: Casino Royale,The Devil Wears Prada, and The Hangover to name a few.