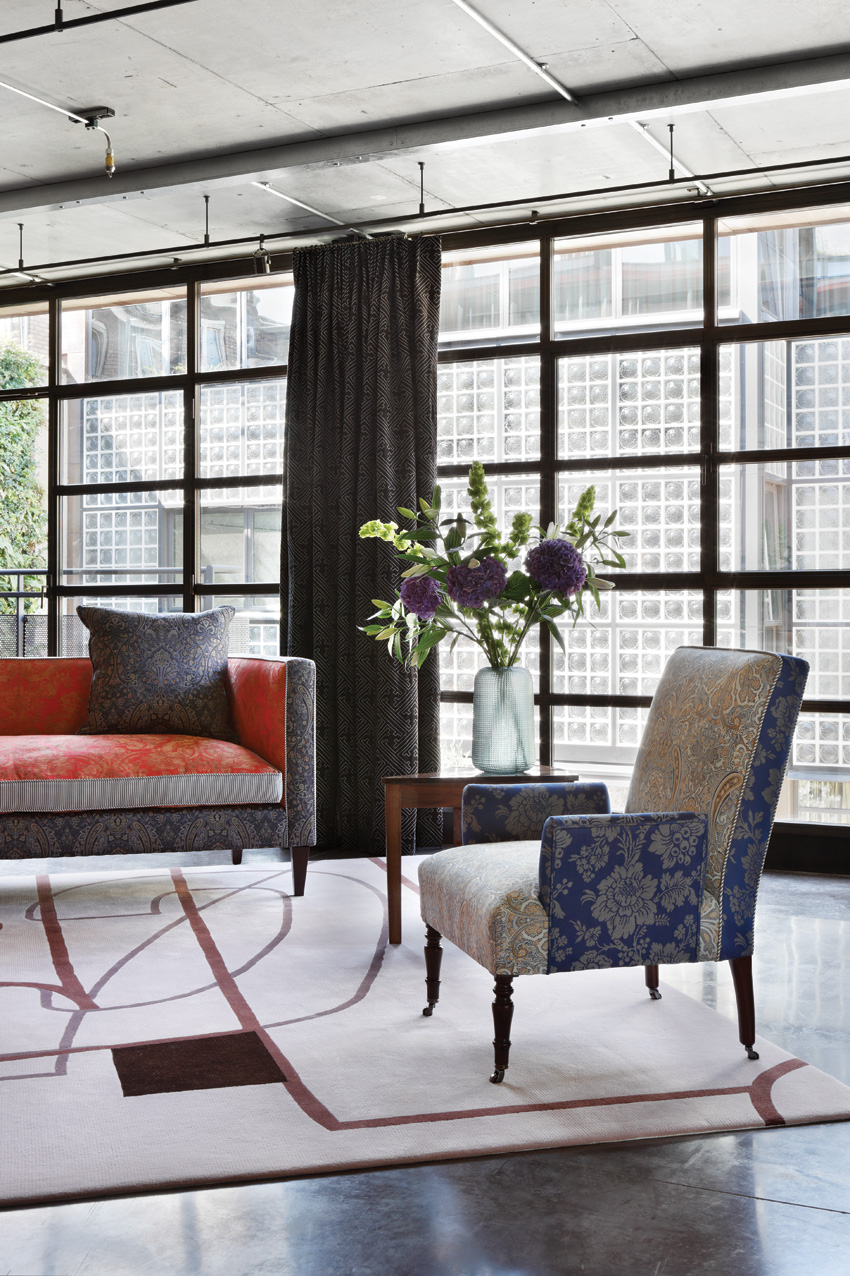 Gainsborough Fine weavers & Dyehouse embodies over a century of British craftsmanship. The entire production process, from design, to hand-dyeing yarns, to weaving the finished fabrics, takes place on the same site the business has occupied since 1924. Founded in 1903 by Reginald Warner, Gainsborough’s exquisite fabrics are found on the walls of art galleries and the seats of Royal carriages; they hang in stately homes, country houses and smart city hotels; they adorn the interiors of luxury cars and yachts, and have appeared on catwalks and on film sets the world over. Since 1980 Gainsborough has held the Royal Warrant from HM The Queen. Over the years, Gainsborough has been the textile house for any interior designer seeking beautiful bespoke fabrics, from contemporary, geometric styles to the richest of damasks and pearl-embroidered silks. A willingness to support creative craftspeople in their endeavours remains a cornerstone of its offering. Gainsborough has now embarked on a new collaboration, with artist and designer Karen Beauchamp (former design Director of Cole & Son), who has created a new collection, entitled Renaissance, inspired by Gainsborough’s remarkable archive of over 7,000 items.
01787 372081 | www.gainsborough.co.uk