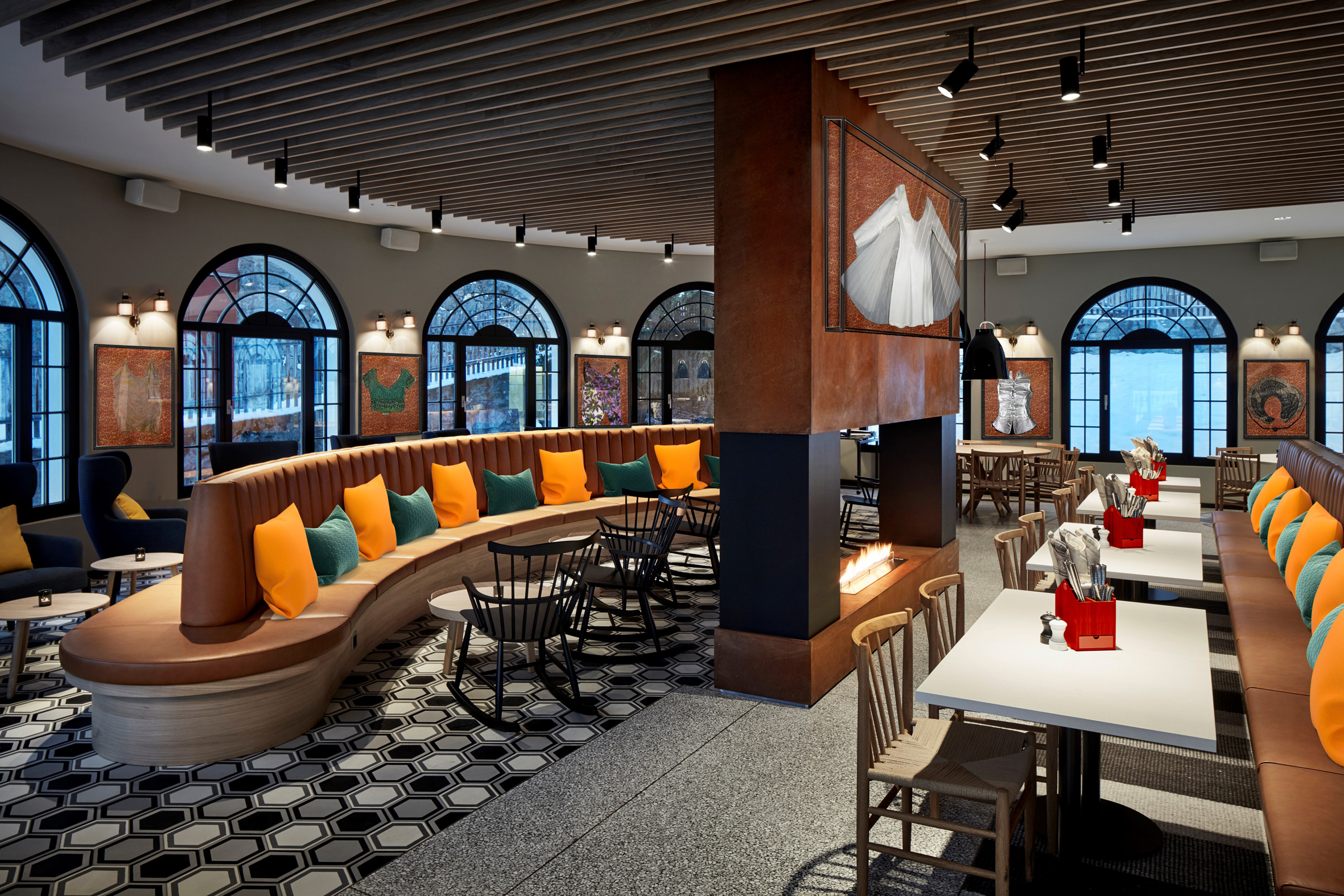 Catering to both business and leisure travellers, Woods Bagot’s design team has transformed the historic Alexander House, built in 1882, into a luxury alpine retreat.

The Hard Rock Hotel Davos includes 110 lavishly redesigned rooms, including 31 serviced one-, two- and three-bedroom apartments. Other facilities include three conference rooms, an on-site historic chapel, two bars and the Hard Rock brand’s signature Sessions Restaurant, as well as a dedicated Ski Room where guests can store equipment and gear.

Woods Bagot’s main scope of work involved carrying out the interior architecture for all the public areas and the 17 guest room types, as well a number of suites, serviced apartments and the Presidential suite.

Jonathan Leah, Principal at Woods Bagot, said: “The vision for the Hard Rock Hotel Davos was to create a design and event destination; the interiors of the hotel had to capitalise on both the natural beauty of the Swiss Alps, but also embody the rich business heritage of the city.

“The hotel’s future clientele is affluent and sophisticated, and the design had to provide both a place of respite during the warmer summer months and a classic skiing resort during the winter season.”

Sixty-five pieces of music memorabilia were curated to hang on the walls of the newly refurbished, music-inspired Hard Rock Hotel; notable pieces include a sequin sweater once owned by Michael Jackson and a silk shirt worn by Elvis Presley.

Davos is the highest town in Europe, renowned for its diverse sport, leisure and cultural offering, as well the annual World Economic Forum. In time the hotel will also boast a wellness centre, including a Body Rock® workout facility and a Rock Spa®, which are both set to open in August 2018.