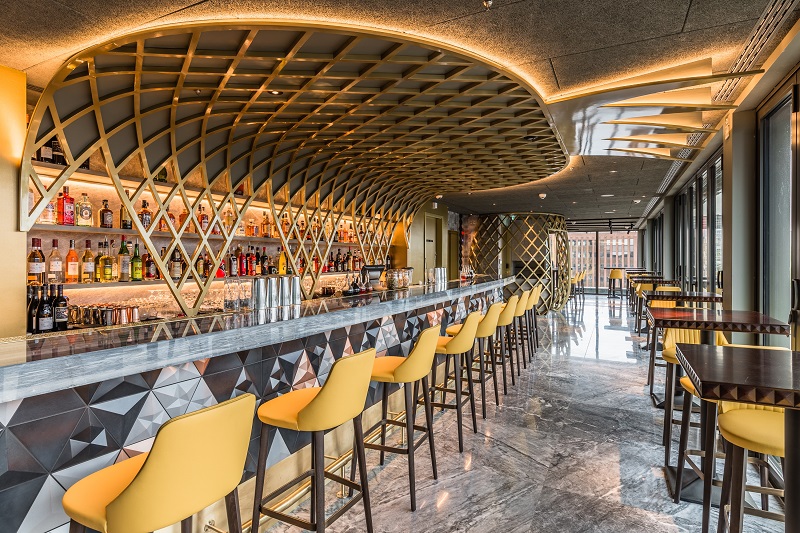 Using the original McBains Cooper design, DMA re-planned the hotel’s interior layout obtaining a Section 73 consent in 2016. DMA went on to achieve planning permission for the spectacular roof bar extension whilst delivering the hotel on site. The scheme retained guest facilities including fitness suite, executive lounge and meeting rooms, and reduced the number of keys from 275 to 267. A second restaurant was added along with the dazzling rooftop Jin Bo Law Skybar.

Using its understanding of hotel servicing and management, DMA’s architects helped realise the outstanding front-of-house service required in a hotel of Dorsett City’s quality and size. The plan implemented workable and well-designed back-of-house solutions, such as relocating the refuse store from the basement to ground level, introducing a full building height service lift, considering administration and staff areas and helping coordinate staff circulation. The DMA team also considered public access and relocated all front-of-house services between the ground and first floors for ease of access and servicing. Paul Wells, Associate at Dexter Moren Associates said of the project: “Despite being a challenging build, the end result is a stylish contemporary hotel that works as smoothly behind the scenes as it performs seamlessly for the clients who enjoy its amenities.”