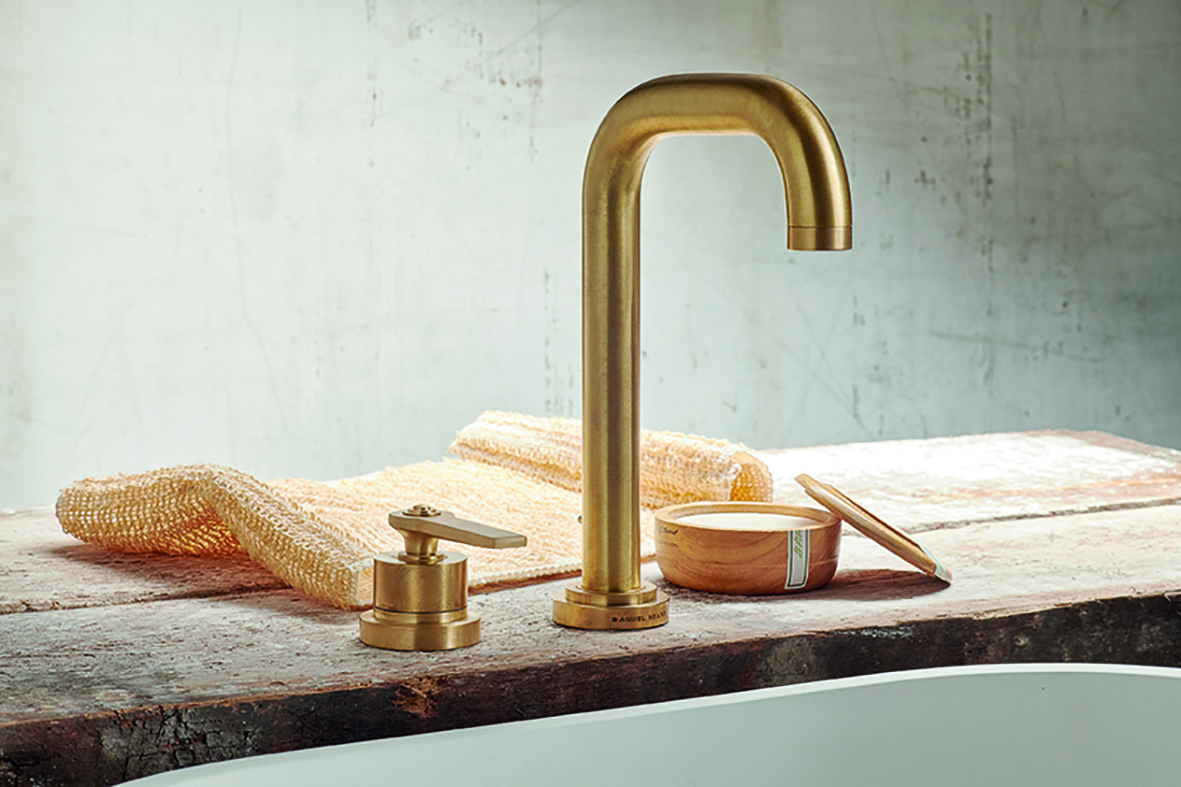 Samuel Heath has extended its Bauhaus-inspired range, Landmark, to include wall-mounted plates and 2-hole basin mixer for further adaptability in the bathroom. Landmark is now further enhanced by additions to single lever taps for both basin and bath, including a 2-hole basin mixer with pop-up waste, which is available in low, medium and high spout heights and, for the first time, the collection will feature wall-mounted plates for taps. These include a number of new product designs, such as the wall-mounted basin mixer which is available in three spout lengths and in left and right-hand variants.

In keeping with the modern vogue for metallic the new Landmark additions are available in a range of matt and high-gloss finishes, including Urban brass and Stainless steel with matt black chrome, plus City bronze, Chrome plate, Polished nickel or Matt black chrome as a special order. Landmark and other Samuel Heath bathroom collections, plus its door and window fittings, can be viewed at the company’s showroom at Design Centre Chelsea Harbour.