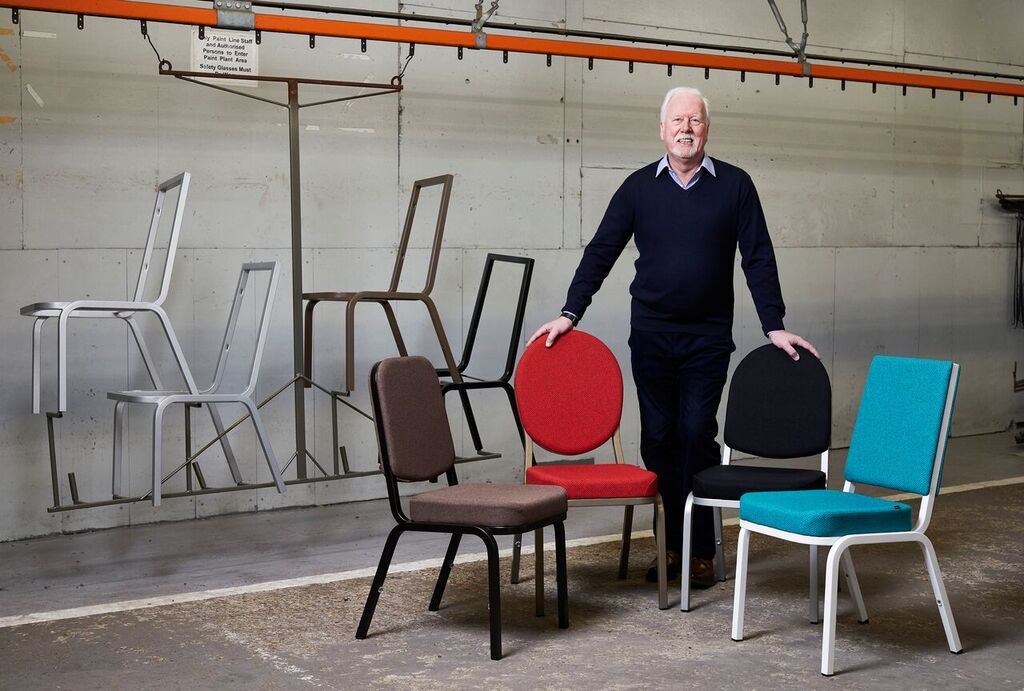 Lovers of Burgess Furniture’s original Turini stakcing chair will be sitting comfortably after the British furniture innovator re-imagined the classic to mark its 60th anniversary. Craig Kent, Production Director of Burgess Furniture, said: “They say you can’t beat a classic but with Adamas, we’ve given a fresh new take to the chair that started the Burgess story. Adamas has all the lightweight, stackable and flexible features that people love about Turini, but with a new emphasis on the seating experience.”

Burgess Furniture chairs are renowned for strength and durability, with some clients still using Turini chairs bought over 40 years ago. Every piece is manufactured in West London to the company’s highest standards from raw materials to final assembly.