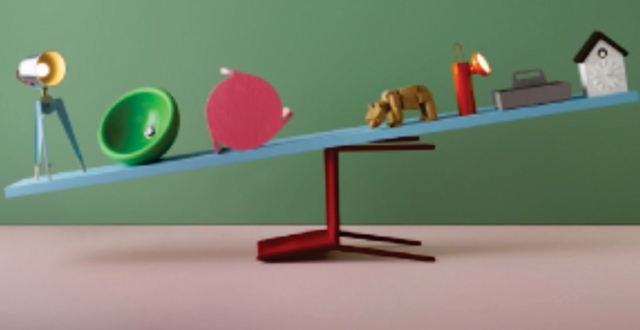 Richard Rogers and Giulio Cappellini will be headlining talks at 100% Design this year. Following the successful launch of ‘Talks With 100% Desig’n at May’s Clerkenwell Design Week, and building on the huge popularity of 100% Design’s live events at LDF last year, the 2013 edition of the fair features a dedicated theme for each day of the four-day programme of Talks With 100% Design: ‘Interior Design’; ‘Architecture’; ‘The Consumer’ and ‘Creative Balance’.

Richard Rogers will open the Talks programme on Wednesday 18th September with ‘ICON Presents In Conversation with Chris Turner’. This is a unique opportunity to gain insight into Richard Rogers’ architectural practice from a career spanning over five decades. His un- paralleled work has sculpted cities and shaped architectural horizons and attitudes worldwide.

This talk is perfectly timed to coincide with ‘Richard Rogers: Inside Out’, a barn-storming retrospective of his work at the Royal Academy this summer (18 July – 13 October 2013). Giulio Cappellini, the Italian design luminary, is a name that remains synonymous with the world’s most innovative contemporary, avant-garde design. Since joining Cappellini in 1979, Giulio has become one of the world’s most important trendsetters, with the company’s designs exhibited in MoMA, the V&A and the Centre Pompidou. He has talent spotted and worked with the great and the good, whether nurturing emerging talent (a young Tom Dixon and Jasper Morrison, the Bouroullec Brothers) or working with established names (Paul Smith), Cappellini is always at the forefront of creative product design. Cappellini’s iconic furniture is always useful, brave and humorous.

Other highlights at Talks With 100% Design include WGSN/homebuildlife; weblogdesign; Eric Parry; Sugru; and The Great Recovery.

Talks with 100% Design will run in the show’s main auditorium, designed this year by British designer Benjamin Hubert, who will be taking a session to discuss his design for the auditorium. The Talks will be accompanied by a daily series of live seminar sessions within the individual show hubs (specialist design areas within the show – interiors hub; office hub; kitchen & bathroom hub; eco-design & build hub; and the International Pavilions hub) with industry leaders and exhibitors. There will also be a series of Media sessions hosted by editors of design industry publications including: OnOffice; ICON; FRAME; Sleeper and Disegno, alongside seminars from the British Council; Design Council; New London Architecture; and BIID sessions (with British design stalwarts, Lee Broom and Giles Miller) which will reveal how these organisations underpin the creative industries.