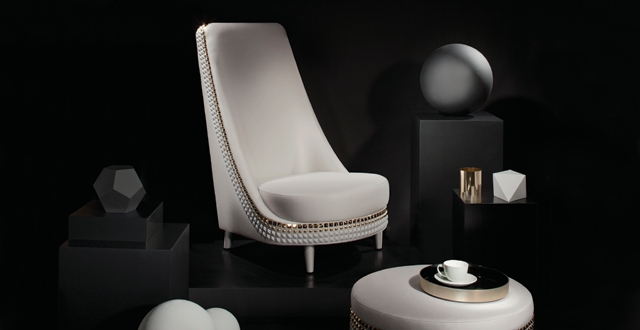 The British Institute of Interior Design has announced an inspirational new event hosted by its International Committee. ‘Global Perspectives – International Influencers of Our Generation’, will bring the world of design to BIID members and guests in the Lutyens Room at RIBA HQ, 13th March 2013.

As its first event of 2013, the International Committee are gathering a selection of internationally acclaimed designers and experts from design bodies, such as the UKTI, to enlighten, educate and inspire visitors at this inaugural half day seminar. Focusing on the practical issues of working outside the UK, including regions such as Asia and Europe, the event will provide real examples of success stories from members of the industry.

Lee Broom, one of the UK’s leading product and interior designers, has been confirmed as a speaker for the one-of-a-kind event. After launching five furniture and lighting collections, designing over 40 retail, restaurant and bar interiors and winning 20 awards, including the ‘Designer of the Year’ at the 2011 British Design Awards and Elle Decoration Designer of the Year 2011, Broom has had extensive experience within the industry of which he will be sharing with the seminar guests.

Following the Lee Broom interview, there will be a panel discussion mediated by Kate Burnett, Editor of The Schemer magazine. The discussion will look into the experiences of Marc Krusin and Caterina Bortolussi, who have challenged conventions to succeed working internationally, which will be followed by a Q & A session. Over refreshments, the event will provide an opportunity to network with other BIID members and industry professionals. The event will count towards BIID member’s annual CPD points; details of which will be announced shortly. The CPD course promises to be a truly unique experience, with an interesting and relevant take on the current interior design industry.