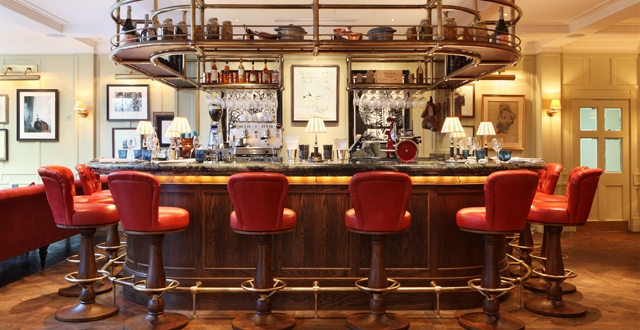 Lime Wood abounds in the kind of quintessential Englishness befitting of a country house hotel. The essence of this tradition is retained by the refurbishment which emphasises the classic detailing and timeless elegance of the building.

With Brudnizki’s aim of “looking to the heritage of the building to create an eclectic design that’s full of character; a room to compliment both the restaurant’s surroundings and the inspired cooking of Angela Hartnett and Luke Holder”, Brudnizki has applied a sympathetic décor that shows off Angela Hartnett and Luke Holder’s simple, deftly created dishes in the kind of comfortable and unpretentious environment for which he is known.

It is a dedication to tradition, delicately balanced with an understanding of contemporary taste, that has produced an experience unrivalled elsewhere in travel or design.