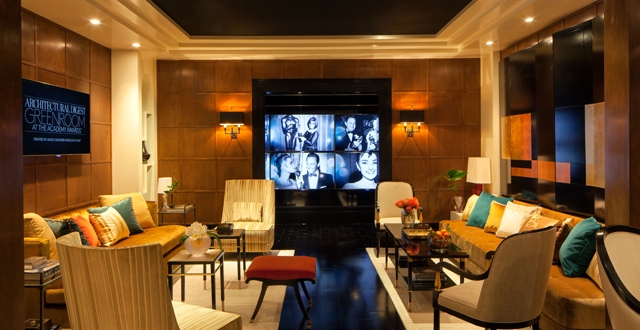 Baker furniture received the equivalent of an Oscar® nod by being featured in the exclusive Architectural Digest Greenroom at the Oscars® at this year’s Academy Awards on February 24. Austin Rothbard, President at Baker commented “We are pleased to once again partner with Architectural Digest to bring Madeline Stuart’s Greenroom to life in a most elegant manner… Baker has been handcrafting fine furniture for over a century. Both the Oscars and Baker have earned and enjoyed global recognition, yet ultimately, we are hallmarks of American design.”

The Art Deco-influenced interior designs Gibbons is known for often had stepped walls and ceilings, built-in upholstered banquettes, and polished black floors-luxe features that were the highlights of this year’s Greenroom. Ms. Stuart selections of Baker furniture and lighting recall a sumptuous yet tailored modern style and reflect an interest in the Deco styling of the Golden Age of Hollywood.